Are Introverts Or Extraverts Better Sellers?

May 13, 2016 by Chuck Terry, CEO/President in Professional Development 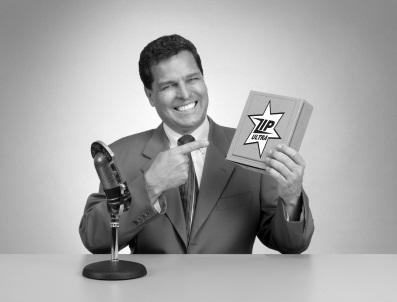 Seems like an obvious answer right? As it turn out the answer is not as obvious as you might think. As the profession of selling becomes more legitimized and not something you “end up in” if your “real career” didn’t pan out we are seeing a greater diversity of styles and personalities than ever before.

No one really liked the historical personification of the typical seller anyway. The gregarious, back slapping, glad handing, smooth talking, entertainment machine of days gone by is still out there but becoming more of a caricature of the “typical salesperson” of the past every day.

Still, as you consider the definition of extraversion it seems like a perfect fit for sales: “Individuals high on extraversion are characterized as sociable, assertive, lively, and sensation seeking.” No wonder that has long been the targeted “wiring” when hiring for sales positions.

In an earlier blog I referenced Dan Pink’s book To Sell Is Human and I will again as the book highlights important research on this topic. Dan Pink points out that the extraversion trait does seem like an obvious advantage in sales except for one minor detail; there is virtually no evidence to support the commonly held assumption.

Adam Grant and a team of social psychologists from University of Pennsylvania’s Wharton School set out to test the assumption by studying over 300 sellers in a software company. They performed testing that measured where sellers fell on a 1 to 7 scale of extraversion with score of 6 or 7 for high extraversion and scores of 1 or 2 for introversion. After conducting the baseline extraversion testing they tracked results for a 3 month period.

To no one’s surprise the extraverts did, in fact, outperform the introverts. During the study extraverts earned an average of $125 an hour in sales while introverts came in at $120. The real surprise came from a group which had not been targeted in the study. This group with an Extraversion scale rating of 3 to 5 became known as Ambiverts. Their results over the life of the survey blew away the introverts AND the extraverts coming in at a whopping $155 an hour in sales! In fact the sellers with the highest revenue per hour- $208- had extraversion scores of 4. Dead in the middle of the scale!

There is certainly more depth to the study if you care to pick up the book and read about it but here is the bottom line as it pertains to selling. Ambiverts outperform introverts and extraverts in selling because they can more easily flex their communication style to the individual style of the prospect. They can find the proper balance between being assertive and holding back.

There is REALLY good news from the study by Grant. Most of us are ambiverts and we were born to sell. If you are interested in taking the assessment that Adam Grant used in the study to see where you score it can be accessed from Pink’s website at www.danpink.com. Spoiler alert: you will have to sign up for Dan’s newsletter to take the assessment but its well worth it.