It's Not My Fault

May 13, 2016 by Chuck Terry, CEO/President in Professional Development 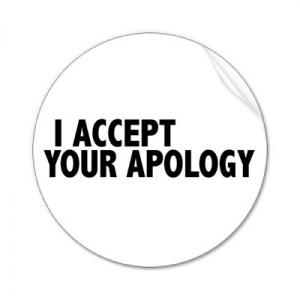 When we hear the two simple words "I'm sorry" we all universally understand exactly what the meaning is right? Not necessarily, at least according to an article in a recent issue of the Harvard Business Review.

In a study of U.S. and Japanese undergraduates it was determined that American students apologized approximately 4.51 times per week compared to 11.05 apologies per week for their Japanese counterparts.

What is the main reason for the difference in the number of weekly apologies? There are probably quite a few cultural differences but the big one is that in Japan the term “I’m sorry” is interpreted as “I apologize that this situation has gotten in the way of our relationship”.

In our country we have come to associate saying “I’m sorry” with accepting the blame for what has gone wrong. In the U.S. we assign the blame for the actual event in question to the apologizing party. That is a HUGE difference in interpretation but, more than that, what does it say about the United States as a culture?

As children, if we did something wrong we are told to apologize for what we did. Fair enough, but we grow up with the definition of an apology as an admission of guilt. How much more civilized would we become if we adopted the Japanese interpretation?

The next time it is appropriate I plan to apologize in the spirit of the Japanese. It shouldn’t be about blame but rather about attending to the stability of the relationship.