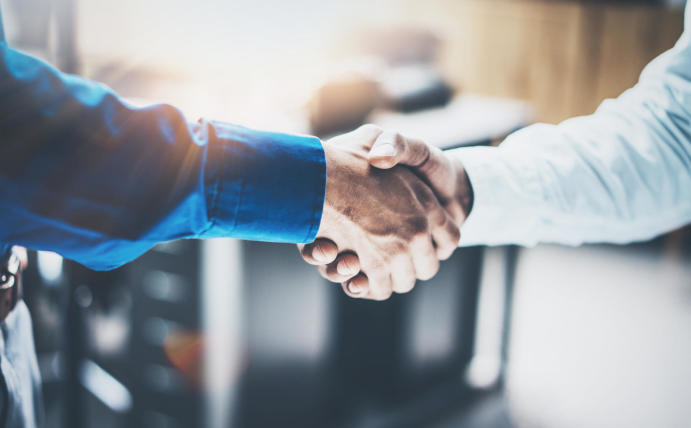 One important principle that resonates with all the other elements of the Sandler system is “Follow Through.”

After you’ve led your prospects through a discussion to a point where they feel comfortable enough with you to share their pain, you need to keep that pain alive so you can implement your solution. Once their pain comes out, prospects get emotionally involved and will feel compelled that very moment to find a solution because the pain feels so real.

But once you have brought out your prospects’ pain, you need to ensure they’re committed enough to take action and follow through. The reason? Even if they buy now, they’re not fully committed to solving the problem. In fact, you may become a source of pain yourself three or four weeks into the solution if you’re pushing harder to fix the problem than your prospects are.

How does a sales pro figure out whether someone is truly committed?

Consider the consistency theory, an idea from the realm of psychology. This theory states that people are statistically more likely to follow through on something if they state that they will, either verbally or in writing, before the moment of truth.

Have you ever noticed that the most successful people write their goals down? That’s the consistency theory in action.

To discover whether people follow through more after verbalizing a commitment, Thomas Moriarty in 1972 designed what came to be known as the “Beach Blanket” experiment. At Jones Beach, New York, on a sunny summer day, an actor, who was part of the experiment, laid his beach towel down about ten feet away from an unsuspecting target — one or more people unaware they were about to be part of the experiment. The actor then turned on his radio and sunbathed for a little while. When he got up to go for a dip in the ocean, another person, also an actor, walked down the beach and made sure the nearby party noticed him. Suddenly, he then scooped up the radio and ran down the beach, simulating “stealing the radio.”

Moriarty ran this experiment many times, each time with a different target. How often do you think the nearby party stopped the thief? Only one out of five times.

Every time, they agreed, just as you or I would be likely to do. When the “thief” came along, snagging the radio and high-tailing it down the beach, the change in response was pronounced. The nearby party said or did something 95% of the time to stop the thief.

Here’s an example of how to use consistency theory in the sales process as you uncover pain: Perhaps you have guided your prospect to a point in the sales cycle where he has shared pain about a problem you feel you can help to fix. At that point, you could ask, “On a scale of zero to 10, what’s your level of commitment to seeing if there is a way to fix the problem?”

If the answer is anything less than 10, you’re not ready to proceed to the next step in the selling process. The prospect is offering a veiled objection — he or she is hesitant to make the change that would relieve the pain. The prospect still is not 100% (or anything close to it) committed to seeing if there is a solution so asking at this moment for the prospect to invest the time, money, and resources necessary to fix the problem probably wouldn’t work.

This question, which needs to happen early in the sales discussion, is where the fight to close the deal lives. Contrary to traditional approaches to selling, that fight doesn’t just happen at the end once you’ve presented your offer and go for the close. If you’ve gotten that far and you’ve done everything well up to that point, the close is pretty much guaranteed.

But consistency theory alone does not get you to the close. In the Sandler system, there are many important preliminary points in the sales process where you must get full agreement — or find a way to eliminate the resistance or disqualify the lead.

Check out this podcast to learn more about uncovering your prospects’ pains!

Even Steven- The Abundance Mindset

Video: Sandler Rule #46: There Is No Such Thing as a Good Try