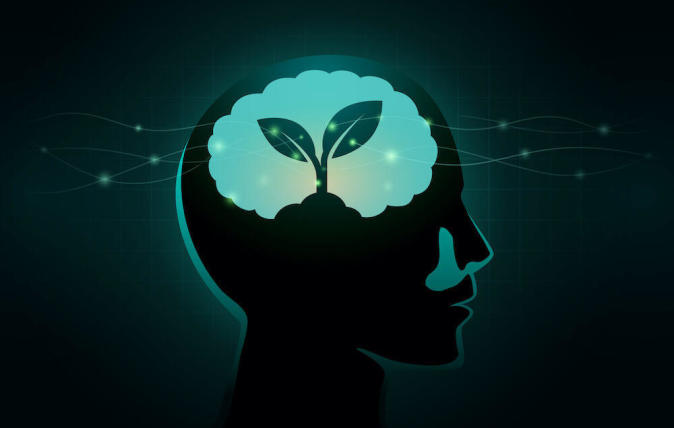 Let’s say you’re a sales leader coaching an underperforming salesperson, someone who has missed quota and is spending a lot of time in what might be called a scarcity mindset. This is someone operating with the belief that there are limited prospects in the marketplace for your products and services. How do you help that salesperson to instill a mindset of abundance and growth? Here are five steps we follow.

STEP ONE: UNDERSTAND WHERE THEY ARE NOW. Start by accepting that this person is stuck. That’s why they’re talking to you: they’re stuck because of choices they’ve made and choices they’re afraid to make. Your job is to get them thinking forward. The best way to do that is to help them set small goals, achievable goals that will help them gain some traction that you can help them to build up over time. Bear in mind that this is not a one-time discussion. Your goal is to support this person over time … and thereby help them to get themselves unstuck! To do that, you’re going to make use of the 20-90 principle:  20 days of consistent new behavior will begin to impact the brain, and 90 days of that same behavior will imprint the brain. So … how do you make that happen?

STEP TWO: FIGURE OUT WHAT’S IN IT FOR THEM. Find a way to discuss, in private, exactly what they stand to gain by making a change. (All your coaching discussions should be in private, by the way.) Forget about money for a moment. What will happen in their world on a personal level if they manage to move from 85% of quota to 100% or 110% of quota? Don’t fill in the blanks for them. Let them answer this question in their own words. Encourage them to get specific … and to get emotional. If you can’t get them to express why changing the behavior makes sense as something they need to do – not something they want to do – this is going to be an intellectual conversation. You don’t want an intellectual conversation. You want emotion. Only emotion will drive behavioral change.

STEP THREE: GO SMALL. Next, you want to isolate a change in behavior that is small and achievable. Instead of trying to change everything that could impact the person’s performance, isolate one or two things. Let’s say you opt to focus on the areas of prospecting and closing. Point the discussion toward prospecting. What choices have they made? Bear in mind that this is a conversation, not a lecture. That means there must be back-and-forth communication. The exchange might unfold like this:

YOU: What does your prospecting routine look like right now?

SALESPERSON: Well, you know, I prospect six hours a week.

YOU: Okay, and what are you doing during those six hours?

YOU: Got it. Now, suppose you were to spend the time just a little bit differently. Suppose you were to experiment with a new activity that wasn’t cold calling. Would you be willing to try that and see what happens?

SALESPERSON: What do you have in mind?

YOU: Maybe some of your calls this week could be dedicated to business introductions, where you talk to your existing clients, and you get them to introduce you to somebody else.

SALESPERSON: Hmm… I don’t know if I’d feel comfortable with that. I wouldn’t want to come across as pushy. These are my customers, after all.

YOU: Well, what if I could show you a talk track for a process that I’ve shared with other salespeople that doesn’t come across as pushy at all? What if we practiced that together? Because, you know, those kinds of conversations close at a much higher rate. Would you be willing to commit to doing that, for, say, one of your six hours this week? Just so we can see what the results would be?

SALESPERSON: Yeah, I guess I could try that for an hour.

Let me emphasize that you are suggesting and then role-playing a small but measurable change in one area. You are not giving the person a long list of all the things that need to change! That’s a big mountain to climb. Most salespeople opt not to climb it.

Working together, you might identify a similarly modest, similarly measurable adjustment around closing strategy. You might decide to stop at two changes to make and discuss the following week. (In this initial coaching conversation, you might want to go with three small changes if the conversation was going well, but I would say three would be the upper limit.)

STEP FOUR: SET THE NEXT MEETING. Pull up your calendars and decide when you will be talking next week. Set the date. Now the salesperson has something to report back about. There is a certain amount of healthy social pressure at work here. The person won’t want to show up at the next coaching session having done nothing, so there will likely be some results to discuss. This is how you build traction.

I tell sales leaders to carefully plan out three half-hour sessions. The first one, which I’ve just outlined for you, is meant to begin to instill the mindset of growth, and to start the pattern of asking, “What can we do more, better or differently?” The second session is to measure the commitments arising out of that first meeting and set new commitments. And then the third one is all about cementing the behavior. Over the course of three weeks, that’s about 21 days, which is what you need to impact the brain. Less than three weeks does not change the behavior, in my experience.

STEP FIVE: REINFORCE! From that point forward, you’re working with the salesperson to reinforce the growth mindset, to continue to lock in productive behaviors, and to create a lasting, positive change in both outlook and performance. You may or may not need weekly conversations after the third week. That depends on the individual. Just make sure you get the person to ninety days doing the new behaviors – and operating from the new mindset!

Learn more about implementing a growth mindset with your free chapter of Scaling Sales Success.

Bill Bartlett is the President of Corporate Strategies & Solutions Inc., an authorized Sandler Training® center located in Naperville, Illinois. Bill is a critically acclaimed coach and facilitator who excels at identifying core challenges and implementing growth strategies that are transformative in their depth. Bill’s client list spans from small business to Fortune 500 companies. As an accomplished executive coach, Bill also works with Fortune 1000 CEOs, professional athletes (PGA, Major League Baseball) and some of the leading actors in Hollywood. With over 40 years of sales success, Bill helps clients increase productivity and profit by developing high performance behaviors, winning attitudes and superior sales and management techniques. This has made Bill an internationally sought-after speaker and trainer who offers a unique perspective and insight to his audiences on a wide range of professional development topics. Bill has a proven track record helping countless professionals achieve professional and personal heights previously unimagined.
Share this article:

Be Friendly with Your Customers, But Never Friends

Too Much Product Knowledge Can Cost You

Is a Good Offense Always the Best Defense?