How to Succeed at Role Play 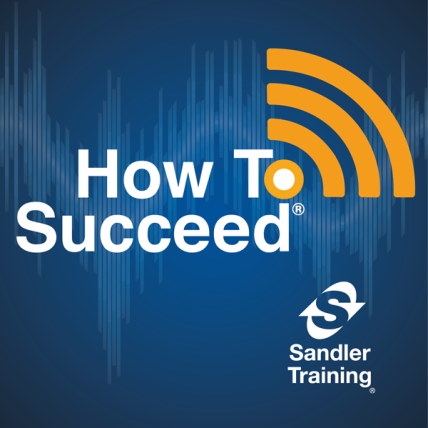 This blog is based on the How to Succeed Podcast with special guest, Hamish Knox. Listen here:

If you enjoy the podcast, please leave a review in the iTunes store to help us spread the word!

Role Playing with your Employees

Role play is one of the best methods for developing your people, but salespeople loath role play and managers shy away from it, because it often becomes an exercise that leaves participants frustrated.

Putting role play through the lens of David Sandler’s Success Triangle – attitude, behavior, and technique – both managers and salespeople could role play more effectively and increase both their role performance, outlook, and technique.

We are using role play with salespeople as an example here. However, any interaction between two human beings can be role played. Some of my more enjoyable role plays have been with engineers who aren’t client facing.

To paraphrase a Sandler Rule, “role play is not a place to get your emotional needs met.” For managers seeking to implement role play or make current role plays more effective, this is a crucial point. Before joining Sandler, I used to loath role play because it was often a way for my manager to beat me up mentally and emotionally under the guise of “developing” me.

For salespeople, their attitude towards role play must be one of “practice” instead of “winning.” When athletes in contact sports (football, rugby, hockey, MMA, etc.) practice they don’t hit as hard as they would during a match because 1) no one learns from that and 2) they aren’t supporting their development or their teammate's development. No one “wins” a role play, they either develop or get their needs met.

A common objection from managers regarding role play is “I don’t have enough time.” From a traditional approach to role play that totally makes sense because managers traditionally don’t establish rules, start points, end points or rules for role plays. We believe role play is a critical part of a manager’s weekly behavior plan, specifically a minimum of once per week per direct report. Sounds like a lot until we also add in a time limit of 20 minutes per scene. That’s enough time to establish the scene, run the scene and debrief.

Debriefing is the most important part of role play, especially if a manager follows our suggestion that they play salesperson first. Humans find it hard to create things from scratch, but they love to edit and improve what already exists. The manager playing salesperson first gives the employee an opportunity to edit and improve the script, which creates ownership of the concept and increases the probability that the direct report will use that skill when they perform the role of the salesperson.

Like high-performance athletes, especially those in individual sports like tennis or MMA, salespeople get better by practicing with those who are better than them. The more reps salespeople get with someone who is better than them at a specific skill (e.g. uncovering a prospect’s budget), the easier it will be for them to execute that skill in the field.

A key to successful role play is to “thin slice” specific skills to practice. For example, don’t practice “a whole prospecting call,” because that’s too broad to practice effectively. Instead practice “what do you say when someone says, ‘sounds good. How about you send me some information and I’ll get back to you.’” Thin slicing the skills you practice has two benefits. First, it creates the potential for small wins, and second, those small wins create momentum and positive affirmations which propels your team to develop and role play more.

Successful role plays are like successful improv scenes. Self-contained stories that build as they go and end at a natural point. When role playing, remember the core improv technique of “yes, and” to build your skills and mental muscle memory.

Using improv techniques in your role play is a more effective development tool than traditional script-based role plays because your prospect doesn’t stick to the script. By training your salespeople to respond to whatever statement, comment, or question their prospect throws their way instead of following a script increases their credibility and their potential for closing a sale.

For debriefs and coaching on the scene to be valuable, you’ll want to establish a framework for debriefing before you start, especially if you’re in a group. In group debriefs, there’s a tendency for one person to pontificate on what they would have said during the scene, which stifles real discussion and learning.

Before a role pay with a group debrief, we suggest asking observers to make notes on these three questions.

During individual debriefs the three questions we suggest asking your salesperson, who is playing prospect are:

That last question is critical because it’s the start of your salesperson owning the concept you are role playing.

With the right attitudes, consistent behaviors and conversational techniques you can turn role play into an effective part of developing your team.

To learn more about creating Vision Driven Success, join us for the 2017 Sandler Annual Sales and Leadership Summit in Orlando, FL, March 9-10.

Hamish Knox is a Sandler trainer and the president of an authorized Sandler training center located in Calgary, Alberta, Canada.
Share this article: